Timothy was the son of William John Pike and Rebecca Hall. He took the name Timmy Palmer for his professional dance career.

At the age of 25 in 1932 Timmy won with partner Kathleen Price his first British Professional Ballroom Dance championship held at the Twelfth Annual Blackpool Dance Festival.

'The Modern Ballroom & Dancing' magazine stated - " The skill of Timmy's dancing will live long in the history of Modern Ballroom dancing.  Timmy has a delightful swing, technically of course, he is perfect and he will always be remembered for his exquisite footwork."

In 1933, again in Blackpool he again won the title, this time being placed first in all four dances with partner Edna Deane. The pair later the same year won the 'World' Ballroom Championship held at the Amateur Dancing Club.

Edna Deane and Ella Spowart were the best known as the elite of Josephine Bradley's stable of pupils, each of whom in turn partnered the legendary Timmy Palmer.

In 1934 he took part in a filmed dance sequence with Pyllis & Freda Haylor, Charles Scrimshaw and others at the 'Empress Rooms' London. An excerpt was shown on BBC4 January 2008 in the 'Dance Britannia' series. Timmy can be seen in the 1934 'Movietone' News clip below. 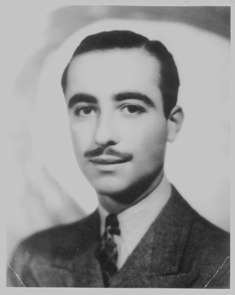 At the beginning of the clip he is shown dancing in a Ballroom competition wearing the number 34. (On first take he is seen gliding effortlessly with his partner in a light colour dress in the background.) In the studio Edna Dean (blond hair) is shown with a dance partner. Timmy is then shown (the gentleman with the moustache) giving a studio demonstration and, at the end dancing with his British & 'World' dancing partner Edna Deane.

He remains the only person to win the championship three times with different partners.

He won the 'STAR', the most important Professional Championship in the South of England at the Empress Hall, Earls Court, London in 1938 & 1939 with partner Ella Spowart. The prize in 1939 of £15 (now £2500) was presented by Ivor Novello.

His early death at the age of 42 robbed the dancing world of a great exponent of the Ballroom art. His remains were cremated at Golders Green cemetery, London. 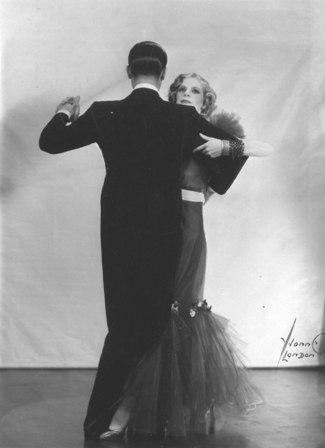 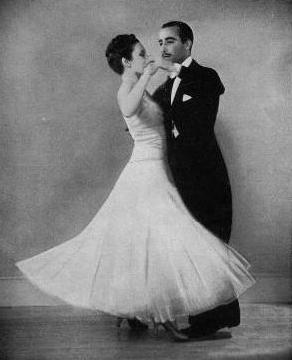 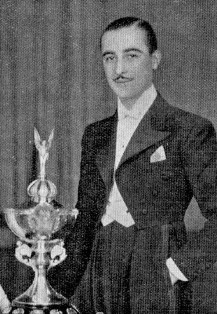 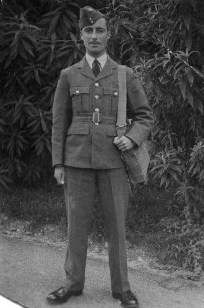 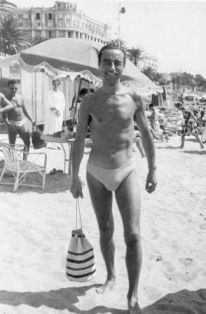 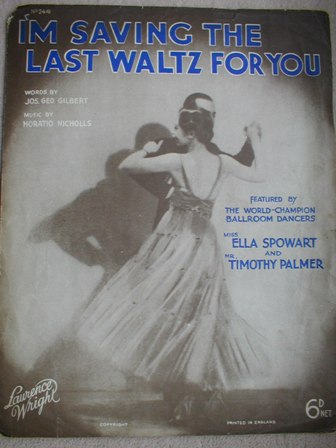 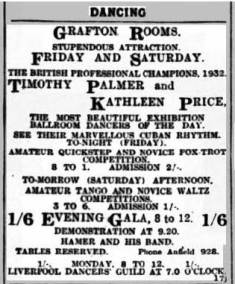 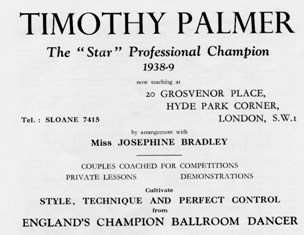 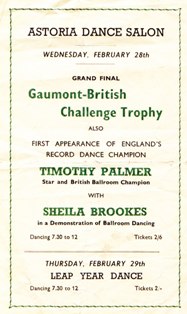 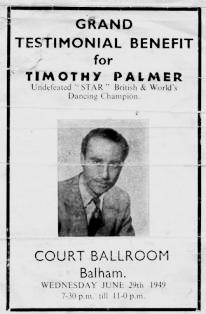 All images are copyright of Brian Whipp. To make contact type this address in your mail box